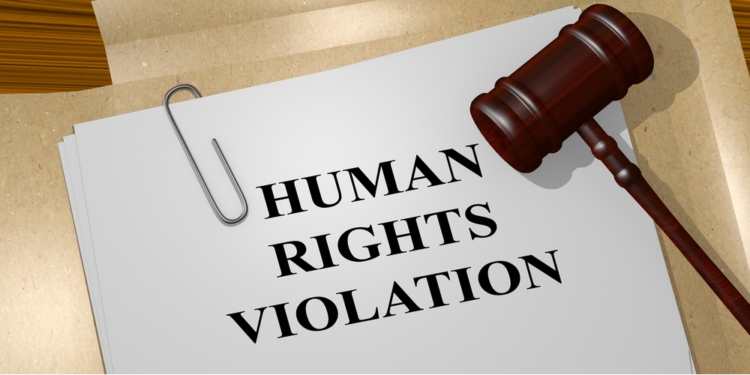 IN October 1999, the governor of Zamfara State instituted Sharia Law, mainly out of his selfish quest for political power. Later on, eleven northern states, with majority of Muslim population, followed suit. For more than twenty years now, Sharia institutions and officers have almost become a law unto themselves, to the extent of circumventing Nigeria’s Constitution.

It is generally believed that Sharia Law applies only to Muslims. But both Muslims and non-Muslims in its jurisdiction experience incessant human rights abuse and extremism in the hands of its enforcers, as recent events have shown.

Last March, a 22-year-old Kano musician, Yahaya Sharif-Aminu, was accused of blasphemy against Prophet Mohammad by a Sharia court in that state because of a song he circulated through the social media. In spite of his arrest, some Muslim mob burnt down his family house.

Later in August, Sharif-Aminu was sentenced to death for blasphemy. Despite all attempts by human rights organisations and activists to save him, the governor of the state, Abdullahi Ganduje, said he would not hesitate to sign his death warrant.

If that was not enough, in August, in the same Kano, a 13-year-old boy, Omar Farouq, was sentenced to ten years imprisonment for making uncomplimentary remarks about Allah during an argument with a friend. The boy’s sentencing was not only condemned by UNICEF and activists who called on the Nigerian authorities to review the sentence, it also caught the attention of the world. Yet, neither Kano nor Nigerian government yielded to their plea.

Nigerian Sharia states operate a special police called Hisbah. The Hisbah, in some states, is to extent more powerful and influential than the Nigerian Police Force. Most people believe that this security outfit is one of the institutions powerful northern elite use to enslave and control their people.

In fact, in December 2019, Hisbah arrested a Nigerian police officer and three women in Zamfara for engaging in social vices in a hotel. This is not to mention the countless teenagers and youths that are harassed or abused on a daily basis by the Islamic police.

In October, Hisbah, in Kano, apprehended some young boys with stylish haircuts and publicly shaved their hair. They accused the boys of keeping hairstyles that are against the tenets of Islam. About four days later, the Hisbah was in the news again for harassing and banning some women in a local government in Kano from using phones and wearing sunglasses. The officers accused the women of using their phones for un-Islamic acts.

In August 2018, a northern Nigerian woman, in a newspaper interview, lamented that, “Being a Northern woman is hard.” This is just a glimpse of it. Last November, I was shocked to read in the papers how Hisbah officers confiscated and destroyed beer worth over N200 million naira in Kano. This was happening at a time when businesses were collapsing, and job loss and inflation were on the rise.

After the incident, the state government which calmed that alcohol consumption and other intoxicants are forbidden in Islam, promised to increase the salaries of Hisbah officers in the state and also to change their uniform to something better.

Throughout October, during the #EndSARS protest in Nigeria, one of the prominent Muslim female activists, Aisha Yesufu, was among the active protestors. Days later, her involvement in the protest attracted a lot of criticism from northern Muslims, including politicians and celebrities, who called her unsavoury names and even threatened to kill her for allegedly being against President Muhammadu Buhari’s government.

Early in November, I was not surprised when I leant that a 26-year-old female actress, Rahama Sadau, from Kaduna State was accused of blasphemy after sharing some of her pictures on the social media where she wore a tight backless dress that showed her curves.

Following this development, she was criticised for going against Islamic tenets of dressing. In fact, an Islamic scholar Lawal Gusau in a press release, asked the Nigerian police to arraign the actress before a Sharia court because of this.

Few weeks ago in Kano, the religious police announced that they would be conducting a house-by-house search for people they described as ‘sinners’. They stormed a guest house, looking for the so-called ‘sinners’. If that was not enough, during the Black Friday period in Kano, the Hisbah told and even threatened a radio station to stop using the phrase ‘Black Friday’ because it is against Islam to call Friday, their holy day of worship, black.

All these extremism and human rights abuse are being perpetrated by security outfits that are supposed to be in the field helping the Nigerian military to fight bandits and terrorists in the North, but they are busy abusing and troubling hapless civilians, with the leaders elected to safeguard their rights looking the other away.

This is because northern elite and their families are not victims of these atrocities. So, why would not the Hisbah tell common people what to wear, what to eat and drink, what to worship, where to go, who to associate with, the kind of movies to watch or music to listen to?

The Nigerian Constitution, which recognises Nigeria as a secular state and which is supreme to other bodies of laws, has allowed religion to undermine its power. It is saddening that the Federal Government and its agencies, headed mainly by Hausa/Fulani Muslims, seem not care about these human rights issues and extremism that are replete in the media and are embarrassing the country in international fronts.

Human rights are essential to personal, societal and national development. If Nigeria, especially its northern region, must develop beyond the dilapidating state it is today, then it must take these issues seriously.

Alumona, a writer, journalist and socio-political commentator, wrote from Lagos

The Balance of Nature

This is the way a new universe is supposed to work, or at least, how the universe has to work, if it is supposed to. If all the things in the universe (like every single cell, tree, galaxy, star, planet, etc.) can only be understood if you accept that they were created in some very […]

The Canadian fashion mogul, Peter Nygard, has been charged with sex trafficking, racketeering and other crimes targeting dozens of women and underage girls over a quarter-century in three countries, U.S. authorities said. Canadian Police arrested Nygard in Winnipeg, Manitoba, on Monday at the U.S. government’s request under the countries’ extradition treaty. Acting U.S. Attorney, Audrey […]

Professor Yemi Osinbajo In an effort to further improve the wellbeing of citizens, a 5-year nutrition action plan that will guide the implementation of interventions and programmes to address the problems of hunger and malnutrition across all sectors in Nigeria has been approved by National Council on Nutrition. The Council chaired by Vice President Yemi […]

loans.png Expresses satisfaction with pace, quality of work As Oilserv assures project delivery of section 1 By Gabriel Ewepu – Ajaokuta The Federal Government, Tuesday, disclosed $2.5 billion loan from China to complete Ajaokuta-Kaduna- Kano, AKK, gas pipeline project by 2023. This was made known by the Minister of Finance, Zainab Ahmed, during an […]

Telecoms Mast Even Teribogo, the mutative character in Soyinka’s Chronicles of the Happiest People on Earth, knows that to survive in a country in convoluting decadence like Nigeria, one must adjust on-the-go to fit into the prevailing colours of the times and build up enough cash and connections to last beyond a lifetime. So, he […]

The United Nations voiced grave concern on Tuesday for the safety of thousands of refugees and internally displaced in the wake of a deadly Boko Haram attack on Toumour, a town in southeastern Niger’s Diffa region, near the border with Nigeria. A UN statement sad at least 28 people were killed and hundreds more wounded […]

Tinubu A group of Ex-Lawmakers across the Southwest geo-political zone has urged the National Leader of the All Progressives Congress (APC), Asiwaju Bola Tinubu, to contest as president in the 2023 general election. They spoke on Tuesday at the unveiling of the group’s logo in Ibadan, the Oyo State capital. The group is christened South […]

Troponado is great. I don’t think this can be saturized. You also have a couple different ways to do it. Well, first thing you do is look on yelp for 2-3 star businesses. Maybe even 1-star, but I think a 1-star wouldn’t care much at that point lol You tell them that you can help them […]

Feel at home and enjoy the ne atmosphere of joy, and peace hich Chrstmas brings through the grace of the almighty God. Aguleri history admin Member since September 16, 2020 Loading + Follow Following

Hey guys of troponado, I’m currently working on my business journey and I’ve reached the phase I need to find clients and the only resonable way seems to cold call/fb message local businesses without website (I’m offering web site building service) How can I apporach them? Is saying “Hey , I saw your business doesn’t […]

Adding noise to an image is easy and you really can enhance the image. But, to make noise-inducing images that look like nature, sometimes you’ll want to add some grain. Here are a few ways to add grain to an image that have no effect on your image. If shadows are just not to your […]

Kudos, knocks as Seyi Makinde calls for restructuring before 2023

Governor of Oyo State, Seyi Makinde, on Tuesday stressed that the need for the restructuring of Nigeria is more important than the ethnicity or zone of the President in 2023. Gov Makinde made the statement at the handover ceremony of 33 vehicles and 396 motorcycles to the Oyo State Security Agency, otherwise known as Operation […]